Saint-Jean-sur-Richelieu (Québec), September 24, 2014 – The City Council of St-Tite has proudly agreed to install recycling stations for visitors for the first time ever during the famous Western Festival. This environmental initiative results from the collaboration of several stakeholders with social, economic, and environmental missions.

Back in September 2013, Soleno — a manufacturing leader of products for the control and management of storm water that uses recycled plastic to manufacture some of its pipes — became the majority shareholder of the Groupe RCM plant in Yamachiche that’s involved in recycling plastics. The plant’s 76 employees (mostly people with a disability) were heartened to learn that they could keep their jobs and even look positively toward the future.

This partnership between Groupe RCM and Soleno led to the founding of Soleno Recycling. It allows the company to get involved in its community by providing four recycling stations right on the festival site. Guillaume Villemure, the man in charge of business development and supply for Soleno Recycling, states: “By putting their used container in a recycling bin, the visitors to the Festival de St-Tite will contribute to the recycling of an annual volume of more than seventy million plastic containers. It is interesting to note that processing all the recovered material at Soleno Recycling will create 110 jobs annually in the Mauricie region. Thanks to the dedication of our valued partners, both St-Tite city officials and Éco Entreprises Québec, we can be proud of the positive results, which are based on lasting values.”

Éco Entreprises Québec represents the companies that supply the Quebec market with containers, packaging and printed matter. These companies pay for the net costs of municipal curbside recycling services, to the tune of over 130 million dollars annually. “ÉEQ is happy to be part of this recovery pilot project in order to better understand the recycling behaviour of the festivalgoers. The material characterization that will be made once it is recovered by Soleno Recycling will be used as an indicator to assess the needs for recovery infrastructure at such events. We will consider our actions going forward based on the results, with the goal of helping to recover more and recover better,” said Jean-Luc Plante, ÉEQ’s vice-president.

About Soleno Recycling
Soleno Recycling is a major recycler of plastic in Québec. Its activities allow more than 90 people with disability to hold a permanent job, ensuring the well-being of their families. Soleno Recycling, A sustainable action.

Éco Entreprises Québec (ÉEQ) is the organization that develops the Schedule of Contributions and collects company contributions, which are then redistributed to finance municipal curbside recycling services in Quebec. ÉEQ also encourages innovation and the sharing of best practices in order to optimize the value chain for recyclable materials. To do so, ÉEQ cooperates, on the one hand, with companies to reduce the volume of materials at the source and encourage the use of recyclable materials, and on the other hand with municipalities and other stakeholders to increase recycling and the economic value of recovered materials.

Created by companies that put containers, packaging and printed matter on the market in Québec, ÉEQ is a private non-profit organization that was accredited by RECYC-QUÉBEC in 2005 under the Environment Quality Act.

Please have a look at the video (French only): 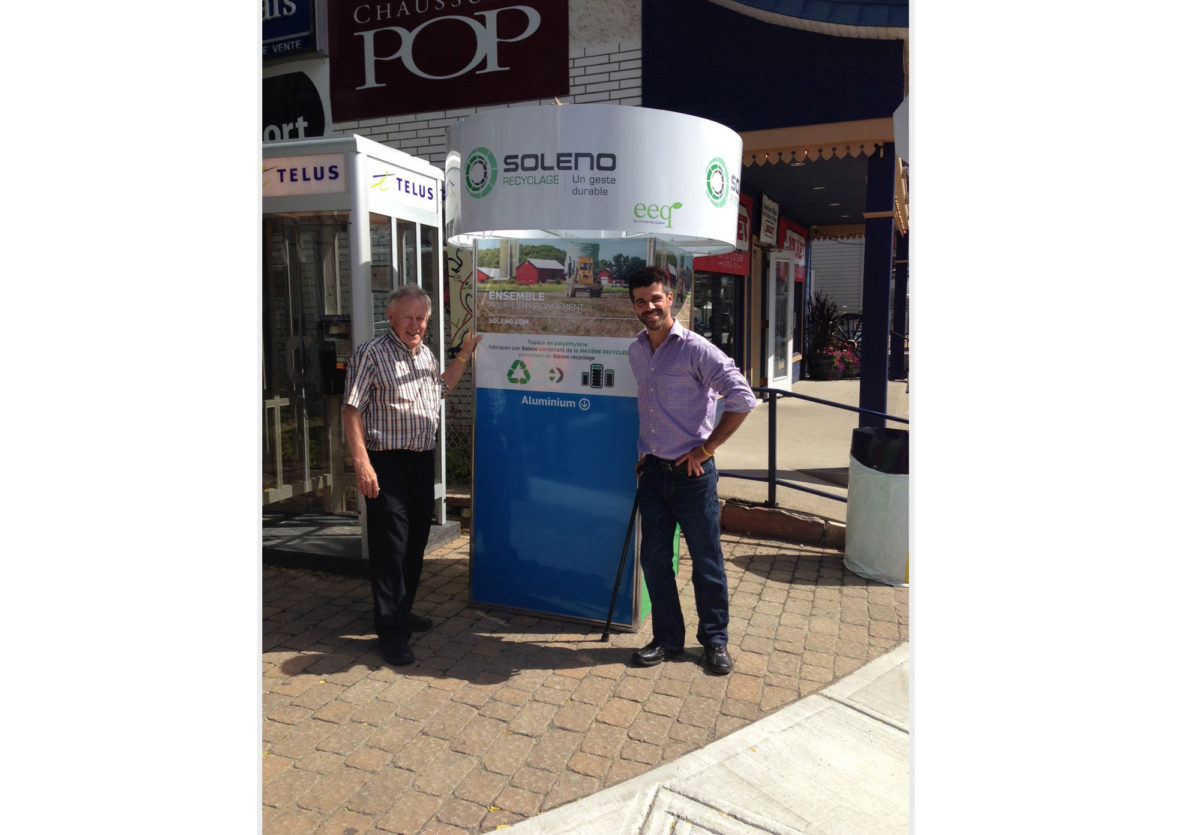 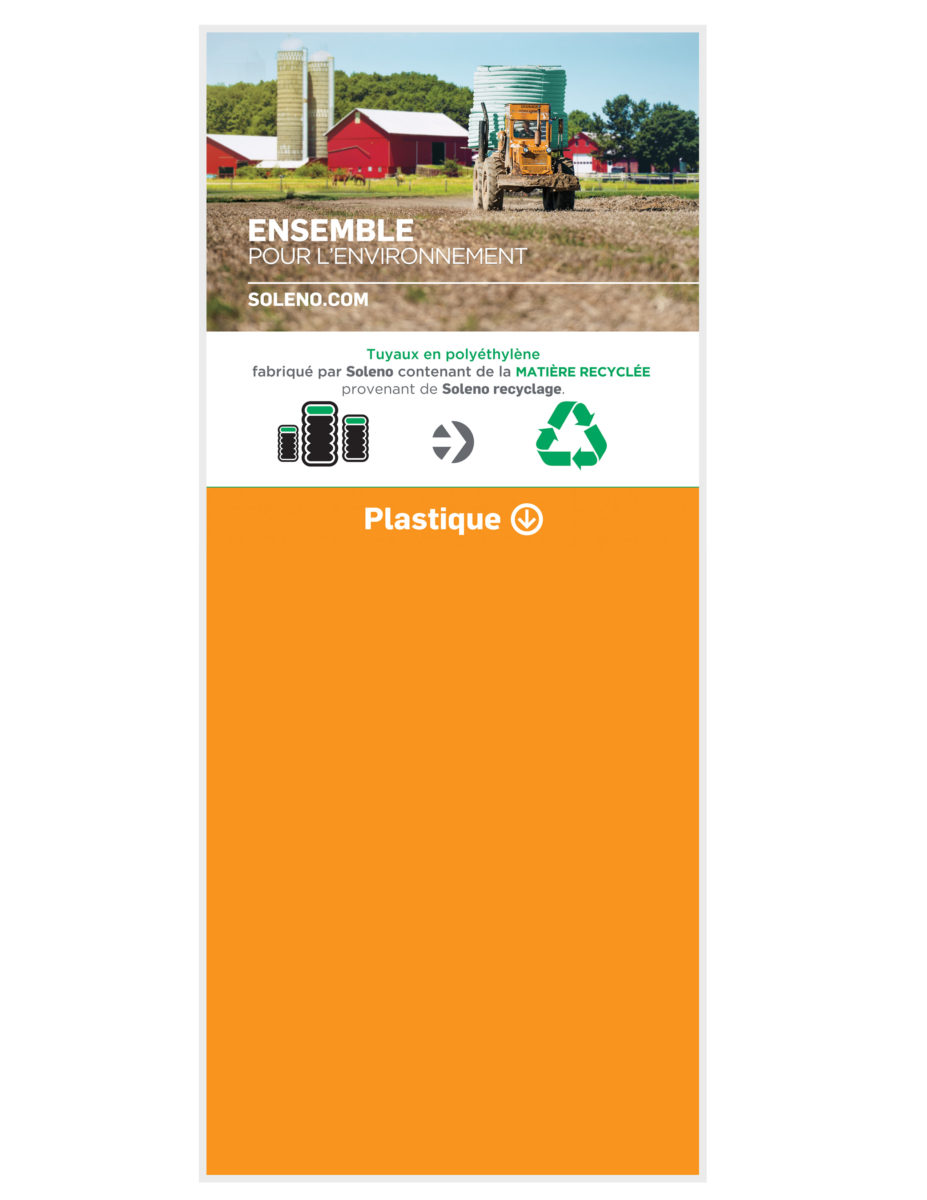 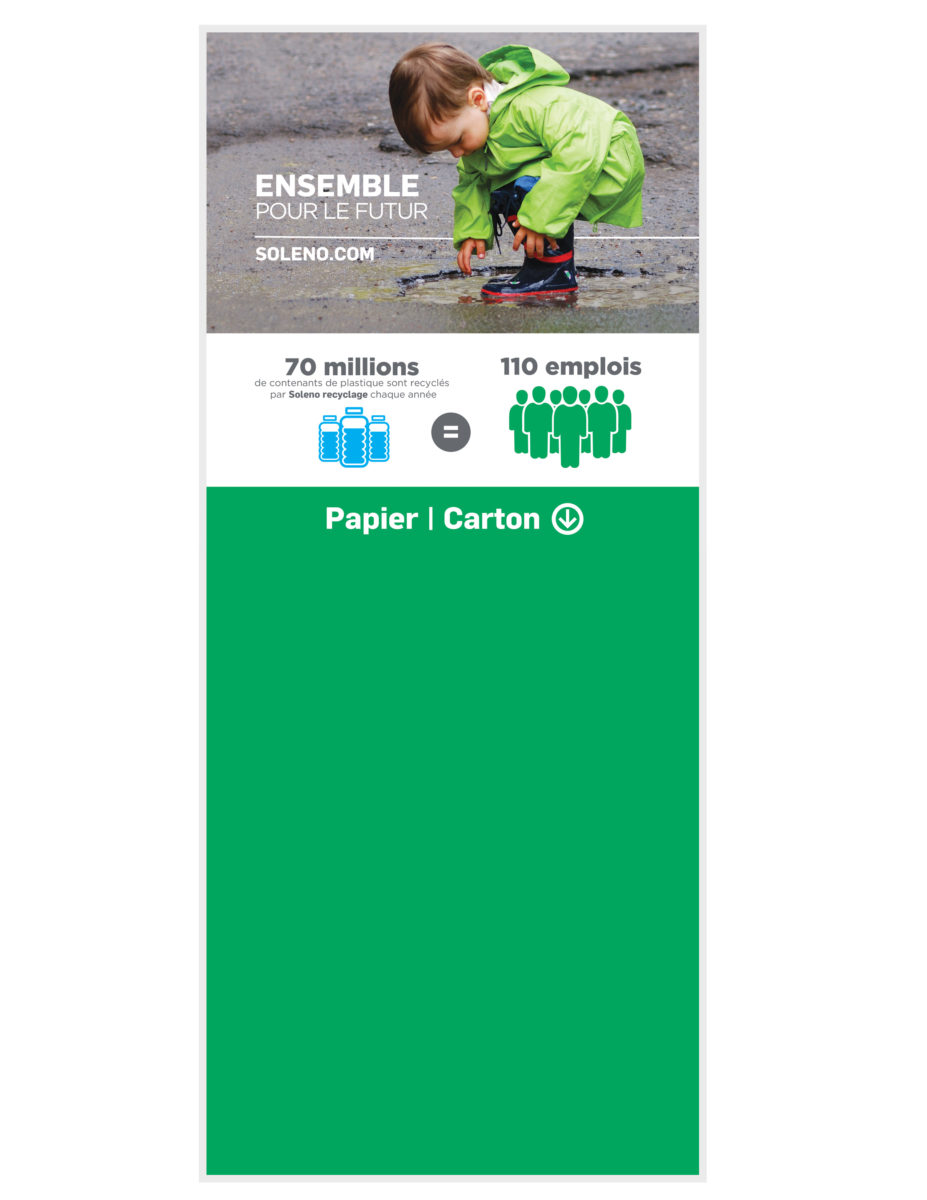